POLO Magazine is upgrading, please feel free to log in as usual. Thank you for your patience with any inconvenience. 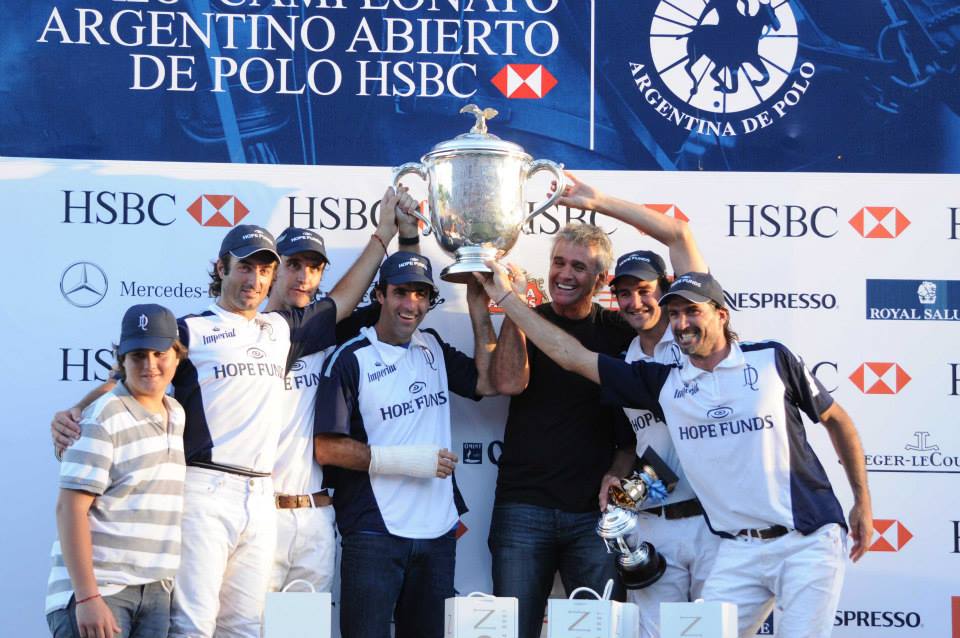 penalty shot just 1:19 into the game. Polito Pieres responded for Alegria at 2:45,

converting a 60-yard Safety, 1-1. Cambiaso scored the final goal of the chukker on

another 30-yard penalty shot as La Dolfina rode off the field with a 2-1 advantage.

Cambiaso extended the La Dolfina lead with a pair of goals in the opening minute-and-
a-half of the second period. Another penalty goal was followed by a goal from the field

from the 10-goaler, and Alegria found themselves trailing, 4-1. With less than three

comfortable 5-1 La Dolfina lead. Pieres turned it on in the final minutes of the chukker,

scoring twice from the field in a 30 second span. After two periods of play, La Dolfina

consecutive goals to tie and then take the lead, 6-5. Pieres scored on a 40-yard penalty

MacDonough scored the final goal of the period for La Dolfina to end the chukker in a 6-6 deadlock.

chukker at the 3:15 mark for a 7-6 lead. Pieres answered back with a goal just two

Pieres evening it out at 8-8 to end the first half.

Hilario Ulloa’s first goal of the day gave the lead back to Alegria, 9-8, but fouls soon

got them in trouble (Alegria committed five fouls in the chukker to one for La Dolfina).

field before Macdonough scored in the final seconds of the chukker, extending the La

Cambiaso and Pieres exchanged penalty goals in the seventh, 12-10, with Stirling’s

second goal of the afternoon putting La Dolfina in the lead by three goals, 13-10.

La Dolfina continued to press the attack as Alegria fought to stay in the game.

11, but time was running out. Cambiaso scored the final goal of the game at 5:02, and

two minutes later the stadium erupted in cheers for La Dolfina. With the win La Dolfina

became only the fifth team in history to win Argentina’s Triple Crown of polo, having

won the Tortugas Open and the Hurlingham Open earlier in the season.

eight of his nine goals in the first half of play, and was named MVP for his efforts.

PLEASE NOTE
If you use TRACKING
code in your stories
or use a 3rd party
newsletter service like
Mailchimp that uses it,
your tracking code
WILL BE DISABLED
by our ONSITE
PRIVACY SECURITY &
your Story's layout
may unfortunately
be affected.
---